Or that’s how it seems when a micro-moth of the chalk ends up in Bevois Valley. Emptying a very meagre moth trap last night the one notable capture was a single Cochylis hybridella. 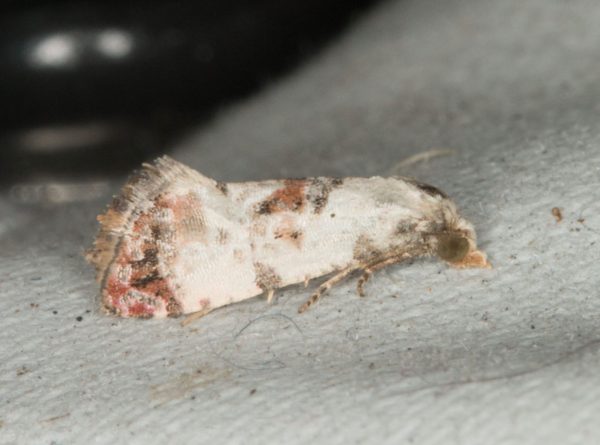 According to HantsMoths this micro is local on chalk downland, woodland on chalky soils and sand-dunes throughout much of southern England and southern Wales, with records north to Cheshire. In Hampshire and on the Isle of Wight taken occasionally at light, mostly in a band from Romsey in the west to Southsea in the east, perhaps overlooked elsewhere. Wingspan 12-16 mm. Distinguished from C. dubitana and C. atricapitana by the white thorax [Bradley]. Larva feeds within seedheads of Bristly Oxtongue, Hawkweed Oxtongue, several species of Hawk’s-beard, over-wintering in a cocoon.

1 thought on “Chalk downs in Southampton”