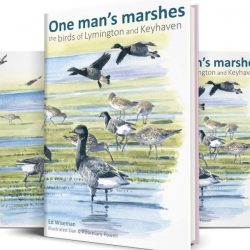 Many of you will know Ed Wiseman the former warden of Kehaven and Lymington Marshes. Now retired, he has written a history of the marshes which will be of interest to anyone who loves our coastal habitat.

Ed Wiseman gives a fascinating account of the local folk, marshmen and fishermen and women who frequented the marshes.

After spending time as Assistant Warden at the Fair Isle Bird Observatory Wiseman started work at Keyhaven in June 1966 where he continued until retirement in 2001. Evocatively illustrated by well known local artists Dan and Rosemary Powell, this is a must read book for anyone with an interest in birds in their coastal habitats. 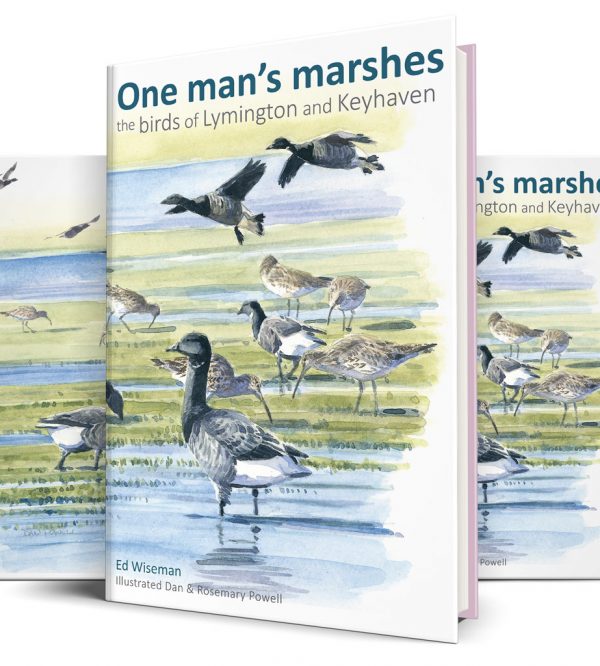 The book is available at £14.99 from chalkhilldigital.info with free postage for Members of Southampton Natural History Society – simply enter SNHS2018 as the coupon code at checkout.

The following is a short review by John Clark, the former County Recorder for Hampshire Ornithological Society.

“I have recently received a copy of Ed Wiseman’s new book: “One man’s marshes – the birds of Lymington and Keyhaven”. This is an absolutely superb publication, with fascinating sections on the history of people of the area going back to Colonel Hawker’s hunting days in the 19th century, the development and decline of the salt extraction industry which helped shape the area we know today, a description of the habitats and their subsequent development as a nature reserve, an account of bird recording in the area from the 1950s to the present day, and of course a detailed systematic list of all the species recorded. The book, which has been designed and published by Dan and Rosemary Powell, features plenty of their excellent full colour artwork and a selection of photographs including several aerial views of the area. This is an essential purchase for anyone with an interest in the area or indeed the wildlife of The Solent and Hampshire.”