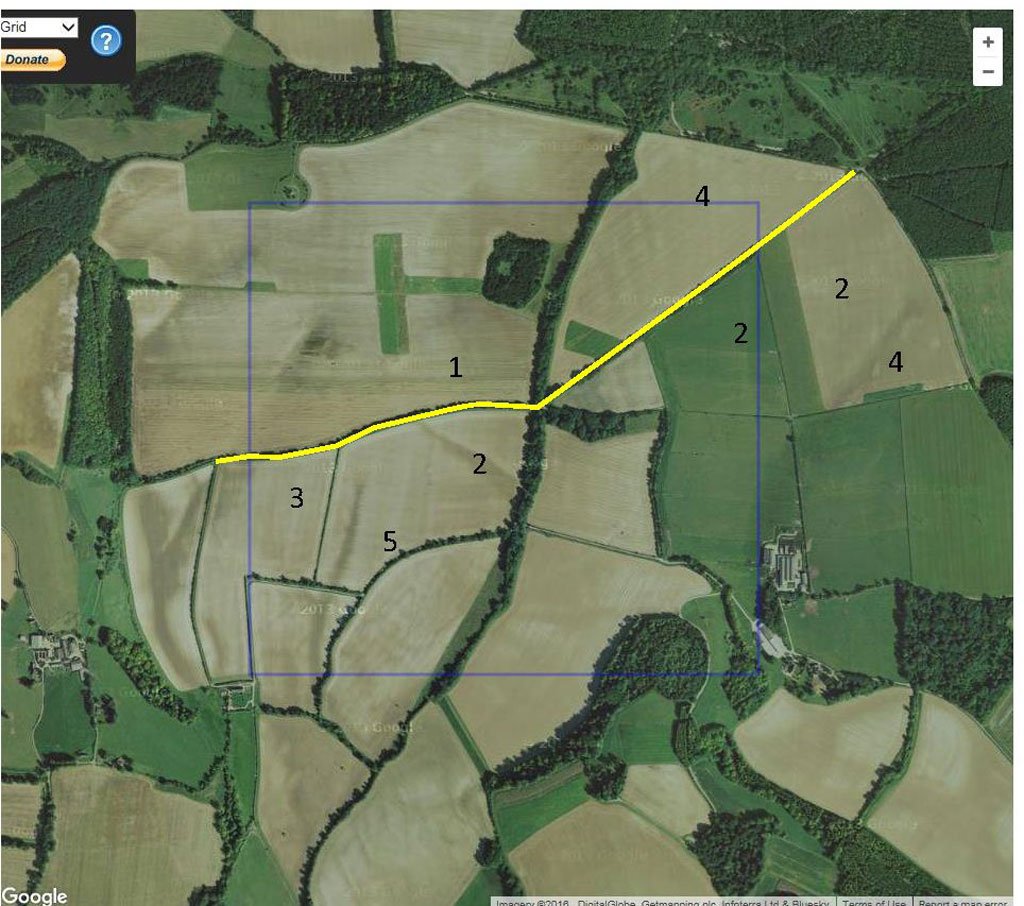 A group of 12 Southampton Natural History Society members had a successful field meeting on 25 March 2018 (9.05am and 12.15pm) looking for Brown Hares.

This meeting followed the regular Brown Hare transect (shown in yellow on the map below), that Andy and Linda Barker do each year, along the bridleway from Farley Mount (junction car park) SU419291 to Farley Down SU400282 via Heath Close Corner SU410284.

The linear walk (there and back on same route) with figures giving approximate locations and numbers of hares seen in particular fields. A total of 23 hares were seen! In the eastern half of the route, the fields to the south are cattle pasture, and to the north of the path was a young winter-sown cereal crop. By contrast, all the fields in the western half of the route had young crops of oilseed rape, so it was a nice surprise to be able to see so many hares here. 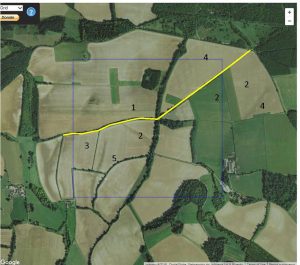 Good views were had through binoculars, but even better through the telescope that we took with us. The weather on the day was cool (9oC) and cloudy, with a very light northerly breeze, and occasional sun breaking through. The early start to the walk, on the day the clocks changed to British Summer Time, no doubt contributed to the high numbers of hares seen.

Many of the hares were paired up, and were either feeding, or grooming, whilst others were upright and alert, or else running. In cases with 3, 4 or 5, hares, there was a more activity and some chasing around, but no real boxing. Distant views of three Roe Deer were also seen, as they walked slowly through a field to the south.