An update from Peartree Green 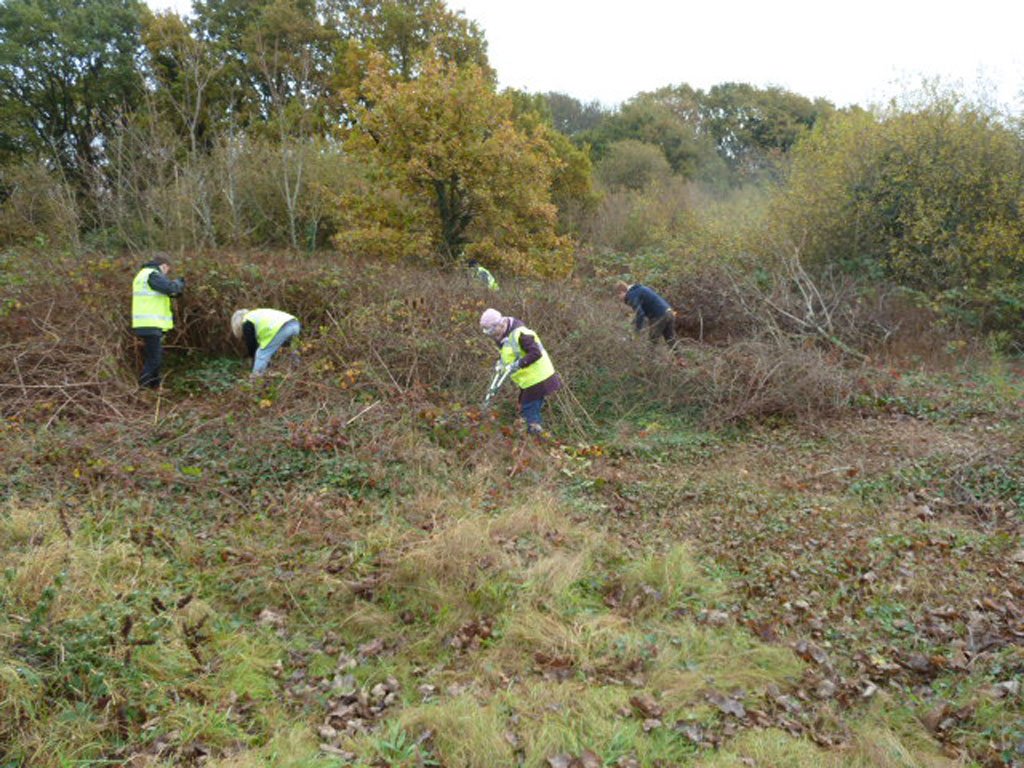 As reported back in January the city council granted Peartree Green a Local Nature Reserve in November 2017. Following this, there was an official opening of the green on 7th April 2018 by Southampton Itchen MP Royston Smith and Southampton City Council leader Simon Letts. Since then there have been many events on the green over the summer including a series of successful litter picks; several walks including a dawn chorus walk, two wildflower walks, and a fungus foray; the second Peartree Green bioblitz on 16th June and several week-day educational events with local school children.

There were several small fires on Peartree Green during the very hot and dry summer months and also two more significant blazes on the south of the green on 15th July and on the central hill on 1st August. These fires didn’t affect any areas of major ecological significance but did assist in the control of the ever-present invasive bramble scrub. These areas appear to have recovered well.

Breeding bird and butterfly surveys were completed on the green. The breeding bird survey has confirmed strong populations of warblers such as Chiffchaff, Blackcap, and Whitethroat with Wren and Robin apparently the commonest birds. However, it was confirmed that there are no ground-nesting birds such as Skylark and Meadow Pipit on the green. The butterfly transect showed a 33% drop in numbers since the last counts in 2004/5 with unusually low numbers of skippers and browns but Common Blue did well and Brown Argus commoner than ever before. We are pleased Small Blue was confirmed as breeding on the green and White-letter Hairstreaks continue to do well at the elm hedge along Sea Road. The drop in numbers of butterflies may have been mostly due to the peculiar weather pattens in 2018.

There were a remarkable number of new species found on Peartree Green in 2018 including the Sulphurous Knight fungus; plants like Thorn Apple (a plant that is favoured by hot summers), Wild Mignonette, Zigzag Clover and Brown Sedge and insects including the Rhombic Leatherbug (entirely new to Southampton), Alder Leaf-beetle, Cardinal Beetle and the hoverfly Didea fasciata.

Over the autumn and winter of 2018/19, the Friends of Peartree Green are planning a series of conservation work parties in consultation with the city council and others. We will hold week-day and weekend conservation work-parties and weekend litter picks. These events will last about two hours from 10am and equipment, gloves and high-vis provided. We will always meet at the children’s playground. We hope to create a tidier green that visitors and local residents will come to respect more. We also hope to reverse some of the recent small tree, coarse grass and scrub encroachment on to the green and to create an improved balance of wildlife habitats.

We have two more litter picks over the winter, not many as we hope that less litter will be dropped in the winter months. However, we may advertise extra litter picks should this become necessary and also we are likely to continue regular litter picks through 2019. The dates are Sunday 9th December and Saturday 9th March. There will be six more conservation work parties on Saturday 10th November, Thursday 22nd November, Thursday 6th December and in 2019 the dates are Sunday 20th January, Sunday 10th February and Tuesday 19th February. There could also be extra dates for these but there will be no conservation work after mid-March.