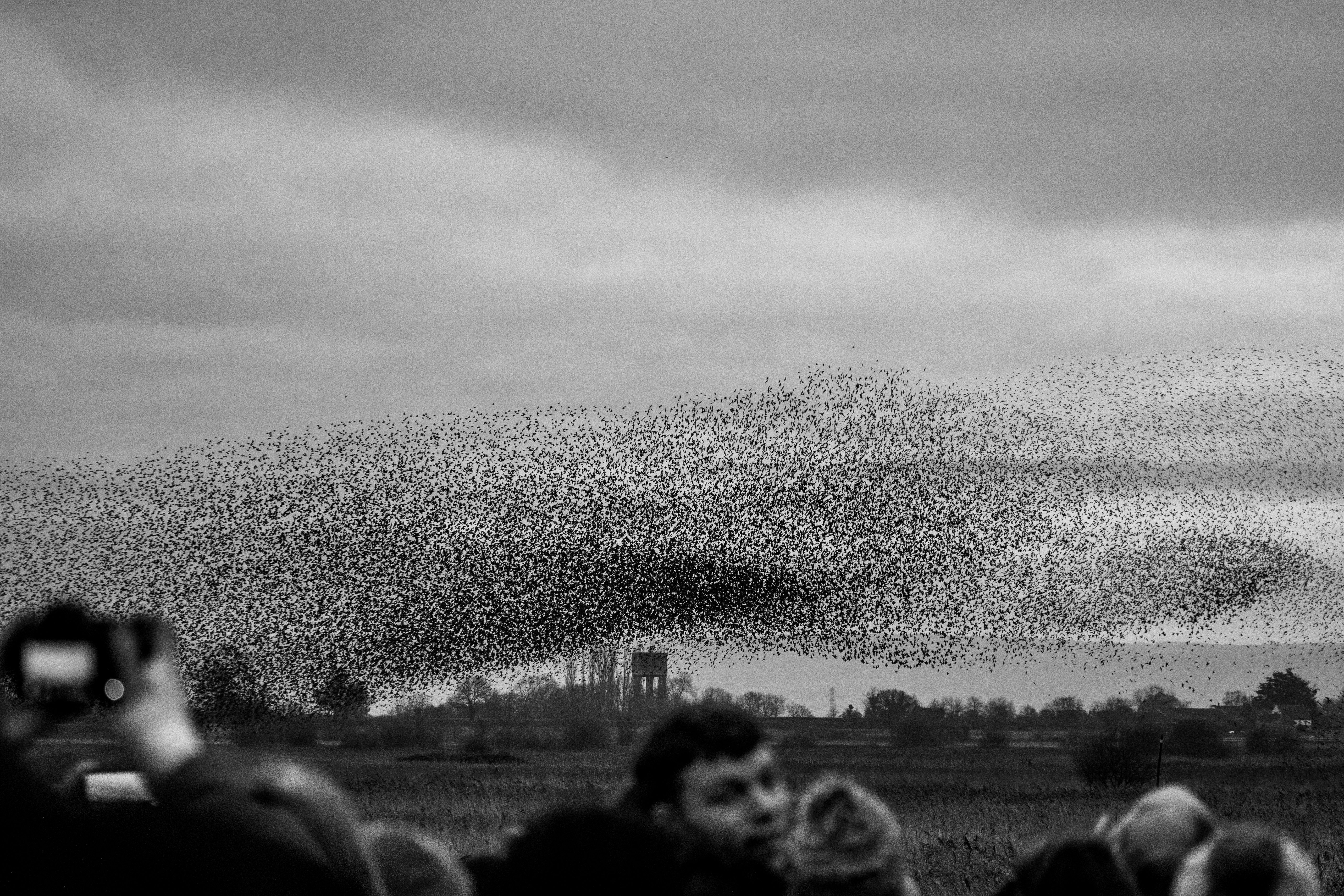 The common starling (Sturnus vulgaris) is a pretty gregarious animal. And even more when it comes to the huge flocks that appear from to March or eabouts.

As we often do at Christmas, Jan and I took a trip to Ham Wall RSPB reserve in Somerset to see one of the biggest starling roosts in the UK. If the conditions are right, up to 2 million birds will give an acrobatic display that will take your breath away before dropping like dark hailstones into the reeds that will form their roost for the night.

Although the numbers hadn’t yet built to their maximum (a mere 500,000 birds) the conditions were perfect. Bright, overcast with little or no breeze. And two peregrine in atrenfance to make the birds dance and swirl to confuse and distrcat the attcakers.

Here, a flock of around 100,000 birds splits in two as the peregrines (can you see them?) consider their options.

Although the peregrines remained in attendance as the starlings continued to gather in their pre-roost murmuration, they didn’t make any successful attacks on the flock. Given the abundance of food for the peregrines in the area these may well have been simple training flights or flying for the sheer joy of it.

It is clear that birds to flock to escape predators more easily than they would do as a single bird, but the explanation of how birds achieve the extreme flight formations at high speed continues to baffle engineers and scientists. However they do it, the many species of birds which produce such displays not only achieve more together for themselves but also provide an unforgettable spectacle for us. And the starling is the master of the universe.

There will be a starling roost somewhere near you. It may only be a few hundred birds. It may be a few thousand. Go and see it. You won’t regret it or forget it.

Locally, Fishlake Meadows in Romsey is a popular roost (with starlings and starling watchers alike). More information about sites can be found at the Starlings UK web-site.