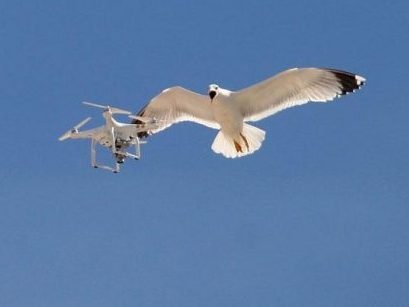 Out in the garden, examing the moth trap (that didn’t take long – we’re catching little or nothing this year) when we heard the screaming of birds in the sky.

First thought was gulls rising for an ant swarm, but it soon became clear the sound was more like a wader alarm call. Finally we picked up some large waders rocketing upwards, but too far for a visual identification. Instinctively we thought Godwit but we needed a proper listen to the alarm call to confirm Black-tailed Godwit.

But what caused the alarm. We see the occasional Sparrowhawk or Peregrine over the garden, but if they’re in the area it’s the pigeons and songbirds which are most disturbed. If a peregrine is hunting waders all the action tends to stay within the area of the river, several hundred yards away.

Jan located the culprit – what appeared to be a buzzard, high in the sky that the Godwit were mobbing. But it was very still in the sky. Too still even to be resting on the thermals rising over the city on this hot day. So. Fetch the binoculars. Find the bird again. And…..it’s not a bird. It’s a drone. It doesn’t appear to be a large professional model used for surveying and other purposes, but a small, hobbyist’s version.

The interesting thing is it appeared to be flying half a mile or more from the river, but the Godwit had spotted it and flown up to try and move it off – which they actually did. Whoever was flying the drone dropped it out of sight soon after the Godwits arrived – whether out of concern for the birds or for the drone, or from a flat battery, who knows.

It did remind me of a conversation we’d had with the wardens of Skokholm Island on the possibility of using drones to count seabirds. Either on inaccessible cliffs or possibly as a less intrusive method than walking across nesting grounds. Certainly, new technology is coming more and more to the fore in bird monitoring. From traditional ringing, we are now seeing greater use of tracking birds with tiny geolocators that can be carried by the smallest of birds. Studies are being undertaken to establish whether the calls of birds can be identified down to an individual bird which would revolutionise the monitoring of burrow-nesting birds like puffins and shearwaters.

And studies are also now being undertaken into the safe use of drones. Counting razorbills on cliffs, or gulls on rooftops may become more easily and safely achieved with drones used in a way that doesn’t cause an undue disturbance. If you are interested in further reading then a good place to start is this article on the British Ornithologists’ Union website: https://www.bou.org.uk/of-drones-and-birds/.

Of course, people using drones for other recreational purposes should take care – in the same way as you would when walking a dog. You can accidentally cause a great deal of disturbance to birds and other wildlife. Just because your eyes are on the sky, you should be still make sure you are aware of what is all around.